Halo in TV Shows and Movies

Halo in TV Shows and Movies 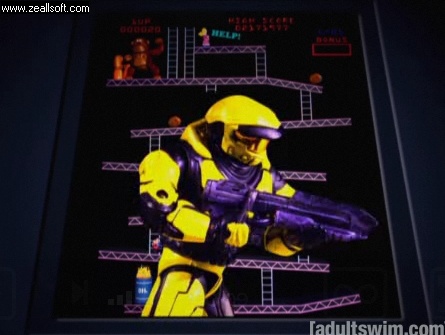 One episode features a short skit of three Spartans (all wearing Mark V and wielding Assault Rifles) going into the Donkey Kong game where they kill Mario and Donkey Kong and rescue Princess Peach.

Halo in The Simpsons

Marge and Homer Simpson are seen playing a Game parodying Halo's Multiplayer. They then proceeds to teabag a player he had killed. 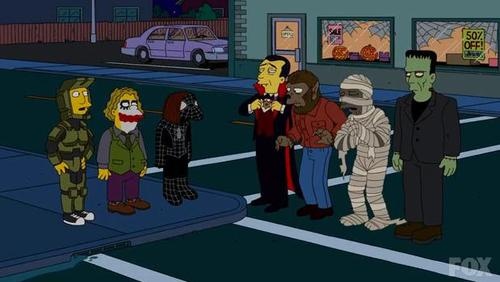 Master Chief is seen as a Halloween costume worn by Jimbo Jones in the opening of the episode.

The Longest Yard ( http://ipodpspmovietv.weebly.com/the-longest-yard.html )
Halo 2 is played by the guards. However, if looked at closely, the game is only the gameplay footage released for the game. The player had no HUD and they were watching as the Artillery Cannon destroyed a building. One character remarks, "You guys have Halo 2! I didn't think it was out yet!"

The 40 Year Old Virgin ( http://ipodpspmovietv.weebly.com/the-40-year-old-virgin.html )
Andy is seen playing Halo 2 during one scene. When he is interrupted the game is not paused, but an image on the TV of a BR55 Battle Rifle being zoomed in on two Hunters during either Outskirts or Metropolis.
_________________
NEW MOVIE POSTED EVERY DAY SO COME BACK TOMORROW IF YOU WANT A NEW MOVIE